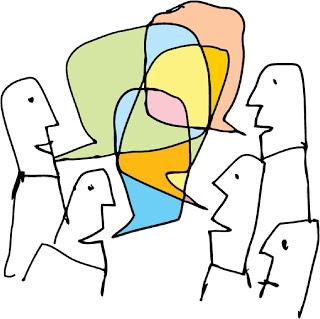 Life has been interrupted. I’ve taken on these interruptions, like all of us, wearing different hats. The doctor, mother, wife, daughter, sister, teacher, and friend hats transform my reactions based on the role I inhabit. My responses to the interruptions have been as varied as the roles. I imagine yours have to. There is fear, anger, and grief. There is also gratitude, awe, and hope.

At Northwest Narrative Medicine Collaborative, the interruption arrived swiftly in March. Our Seattle friends found themselves immersed in Covid-19 before most of the rest of the country. The emergency departments, clinics, hospitals, care facilities, homes, and city were disrupted with the uncertainty that hitched a ride on the virus. The NWNMC leaders in Seattle decided to quickly shift gears, and to hold the monthly Community of Practice via Zoom. I am so grateful they did. Rather than cancel, or postpone, they recognized the importance of coming together with whatever sense of community they could muster. On March 26 th , Alexis Rehrmann led the first virtual Community of Practice called What the Living Do: Mysteries of the Mundane. The
Seattle group set the tone for the weeks and months that followed—rather than postpone, they adapted.

As an organization, we quickly followed Seattle’s lead. We brainstormed about lessons learned from that first Zoom meeting. We adapted some more. On April 14 th , Adam Hoverman led Pandemic as a Wicked Problem, in which we read, wrote, and shared perspectives through the lens of creativity and wonder. In that workshop, we discovered the versatility of the Chat function, and how together we could create a collective writing response to the spoken or written word. Personally I was skeptical, then amazed at how connected a group of small

square faces could be. Again, we adapted, modified, brainstormed, and on April 21 st Alexis reimagined and repeated What the Living Do: Mysteries of the Mundane. We discovered the beauty of the online platform is that participants from around the region—and around the country—could join the conversation. It was lovely to see our colleagues and friends from rural parts of the state, and from as far away as Florida join the conversation. And, our Seattle/Portland designations became less important. Suddenly we were one community. One participant said, “I’ve always wanted to come to one of these, but haven’t been able to make it to Portland.” Another said, “I found you on the internet, and wanted to see what it was all about.” Thank you for coming.

In May we offered two more Community of Practice workshops, drawing participants from all over Washington and Oregon, and as far away as Chicago. Using feedback from Aprils’ sessions, we tweaked and tinkered with how to better adapt to Zoom. On May 19 th I hosted Interrupted: When Plans Go Sideways, a workshop where we examined small, medium, and global interruptions. On May 26 th Daena Goldmith led us through Lost & Found, a space to name our losses and articulate what we might be finding. Registration for both workshops capped almost immediately, and we will offer both again this summer. In each group there are newcomers and regulars, and sometimes an old friend reappears. There is always connection, and community. I continue to be grateful for the space.

Narrative Medicine is built on three pillars: attention, representation, and affiliation (Charon). In the NWNMC Communities of Practice we are given time and space to notice the stories we carry inside ourselves. We recognize the self in others, and the other in self. We create and reflect in community, seeing the human beyond the role. We do this, to develop narrative competence to listen, absorb, and be moved to action by the stories of others (Charon).

Our next Community of Practice is June 23rd: Sharing a Seat at the Table – Where Do We Fit In? led by Alec Berman and Rebecca Harrison. Join us as we continue to explore the intersection between illness and story. All are welcome.