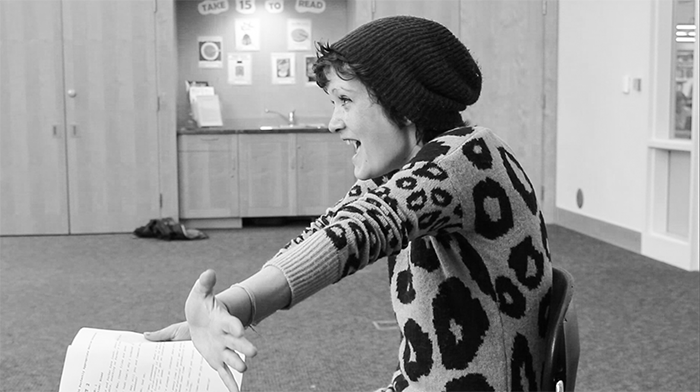 When That Illness From Your 20's Becomes a Lifelong Artistic Mission

Illness From Your 20's Becomes a Lifelong Artistic Mission

I want to change the way people think. Whether it’s books, movies, theater, music, or any other medium, the arts hold incredible power to shape societal views. There are a lot of stories we’ve heard before. If you’re looking for it, you’ll notice there are certain types of characters we see often enough that they become part of our accepted cultural narrative. In my own writing, it’s important to me to focus on the stories or characters that I don’t feel are necessarily getting a fair shake in mainstream media.

How I Got Here

I was diagnosed with cancer in my early 20s. One of the many things a person suddenly becomes aware of when diagnosed with cancer is how disappointingly few relatable depictions of the young adult cancer experience can be found in existing media. Cancer patients are often seen as fragile, sage-like characters who die leaving friends and family with some valuable life lessons. I’ll just say it: that doesn’t feel so warm and fuzzy when you’re the one who’s sick.

Bizarrely, depictions of young people who have actually lived though cancer and are now getting their lives back together are quite rare. As a person fighting cancer pretty early in life, you look at the stories out there and you start to feel like there aren’t a lot of blueprints for what you are supposed to do with your life after you get through treatment.

The long-lasting effects of being a survivor (physically, emotionally, financially) are often-overlooked subjects that are rich with the kind of drama perfectly well suited to theater or film. Not only that, but in not telling these stories we are overlooking a large and growing population of young people who share this experience. When we talk about diversity, and bringing more diverse perspectives into the world of arts and entertainment, there is a conversation to be had about how we depict people with chronic illnesses or people who might be differently abled. I’m not talking about the “look how hard some people have it” angle that is inspiring to people who don’t have to deal with the same problems. I’m talking about the stories we can all relate to: our friends who are hilarious and messy and complicated and face uncertainty and insecurity and occasional moments of levity like everyone does.

Both personally and professionally, I’m lucky to have had the opportunity to connect with a lot of young adult cancer survivors and hear a lot of important personal stories. This play was born out of dozens of intimate, thoughtful conversations I’ve had with fellow survivors from across the country. While the story is fictional, it’s certainly also informed the dynamics I noticed in my own life once I had enough distance to be able to reflect on everything I’d been through. Whether you personally are sick, or a friend is sick, or a family member is sick, everyone involved in a medical crisis is dealing with an inherently stressful situation and everyone copes with stress in their own ways. Not all of those ways match up and that can lead to friction or misunderstandings that can be hard to address. This is one of the themes I wanted to explore in writing this piece.

It is with all of the gratitude and admiration in the world that I get to say I’m collaborating on this project with someone who is almost eerily well-qualified for the job of portraying a cancer patient in a play written by a former cancer patient. Rae, the young cancer survivor in my play, will be played by Brianne Whitacre – a remarkably talented and delightfully uninhibited actress from Portland who actually lived in a patient housing apartment while receiving treatment for cancer in her 20s, much like the character she portrays in this play. We have these amazing moments in rehearsal where she’s all, “this is how I remember always having to put on my shoes while I was in treatment,” and it really adds this whole other layer of subtext to the show. The insight and honesty she is able to bring to this role is reason enough to register for the conference – not to mention the phenomenal work of Theresa Park (who plays her long-suffering older sister) and Melanie Meijer (who plays her cheery childhood best friend). I’m thrilled to have such a capable, compassionate group of women tackling this project with so much energy and heart. It will be a very special, very unique performance and you don’t want to miss it.