A Night of Art and Healing with Sharon Agnor 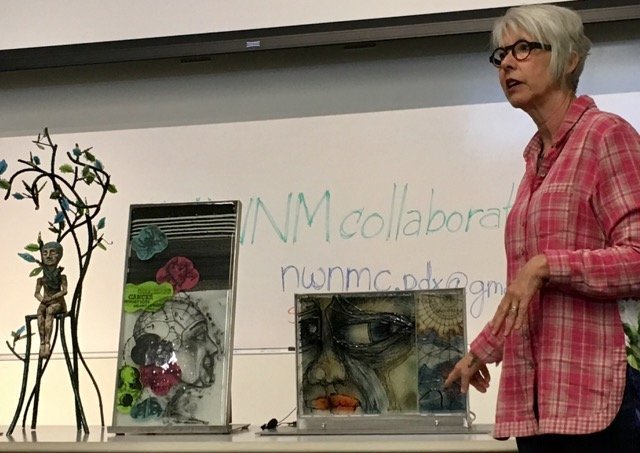 A Night of Art and Healing with Sharon Agnor

Glass and steel artist Sharon Agnor shared her illness narrative as well as her art at the Northwest Narrative Medicine’s Monthly Series on May 9th.

Agnor has vivid memories of being sick and in the hospital as a child. Struggling with her health on and off most of her life, the decade of her 50s turned out to be the most challenging. Her son was diagnosed with two debilitating illnesses, her mother suffered an aneurysm that permanently disabled her, and short while later, her father suddenly collapsed and died. As if that were not enough, Sharon was diagnosed with stage 3 breast cancer and began the grueling treatment: double mastectomy, chemotherapy, radiation and multiple surgeries.

All the grief piled on top of the other took its toll and Agnor found she could not function. Walking out into her studio, she’d look around then go back inside her home. She knew she needed to process all of her loss. Eventually, her medical experiences from her 50s helped her focus on what making art could do for her. Agnor described some of her large scale sculptures and smaller pieces as she spoke.

“In a work of art, I could contain the problem and control it and figure out how I wanted to regard it. I did not have to be a victim,” she stated.

Next, she guided the participants in creating their own pinch pots using clay. The room grew quiet as everyone focused on their own medical journeys, shaping and controlling the clay. Near the end of the evening, those who wanted to share showed their completed piece and told the meaning and expression behind it. The creativity and shared narratives were powerful. 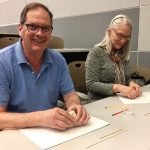 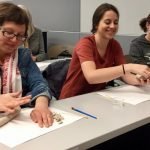 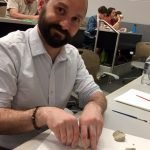 One participant sighed and said, “This is what I needed tonight.”

Through her work, Agnor explores the effect of life's unpredictable events on the human form and spirit. She believes that our ability to sustain loss and heal is both amazing and central to our existence. The stories of these events, both joyous and tragic, are carried within our forms.

Northwest Narrative Medicine Collaborative thanks Sharon Agnor for her time, her donation of the materials for the event and her art. www.sharonagnor.com

Participants look forward to picking up their fired pieces on June 13th for the next NWNMC Series, a writing workshop facilitated by Stacy Brewster.